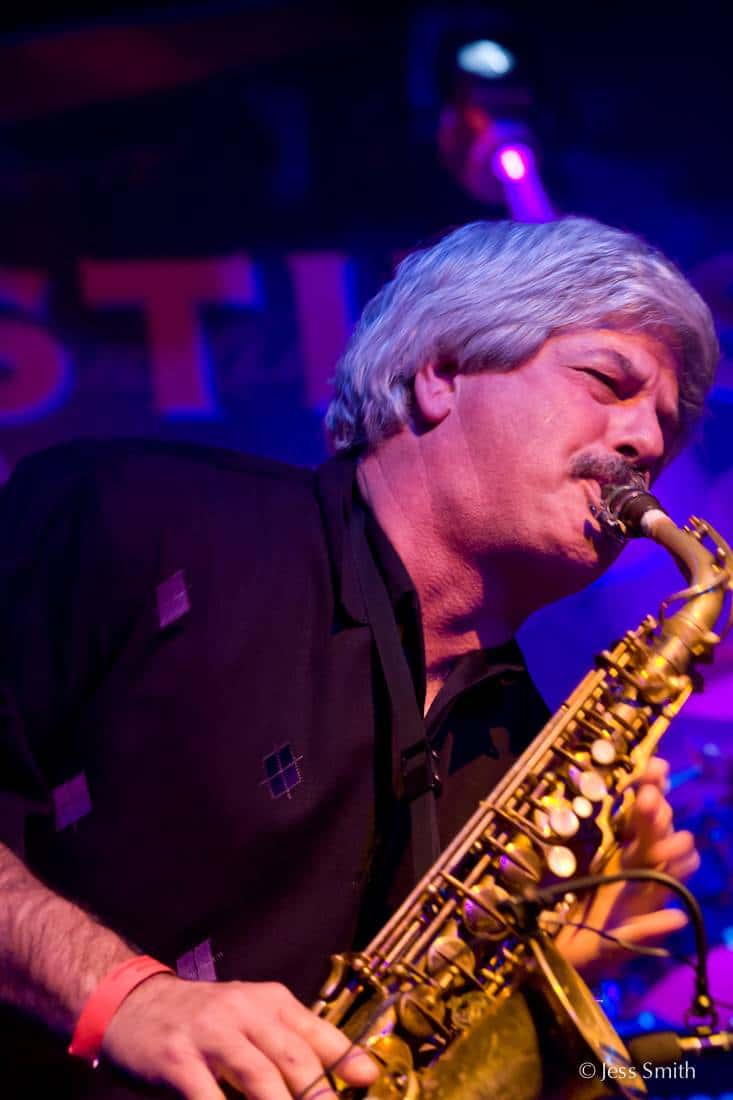 Tom Trinka, a veteran and consummate professional musician, has played and recorded on many projects. This has spanned across many genres of music including jazz, big bands, country, rock ‘n roll, blues, and everything in between. He has studied under such greats as Clark Terry, Prof. John Garvey, Bob Black and Joe Daly. Tom has studied at some of the most prestigious Universities including Berklee School of Music, University of Illinois, DePaul and Northwestern University. Tom has recorded and shared the stage with the Temptations, Clark Terry, Frankie Avalon, Stevie Ray Vaughan, Dickie Betts, Leon Russell, Ella Fitzgerald, Doug Jernigan, Lou Christie, Steve Wozny, Pete Special, The Cate Brothers and many more. He plays in and tours with Jump N’ The Saddle band to support their albums and hit song “The Curly Shuffle” along with Pete Quinn. Along with “Jump”, Tom is also playing with, Skip Towne and the Greyhounds, The Christine Mathy Band, Vat O Chocolate, North Shore Jazz Quartet, and others. Influences include Louie Jordan, Charlie Parker, Dexter Gordon, Jimmy Smith and Dave Sanborn.