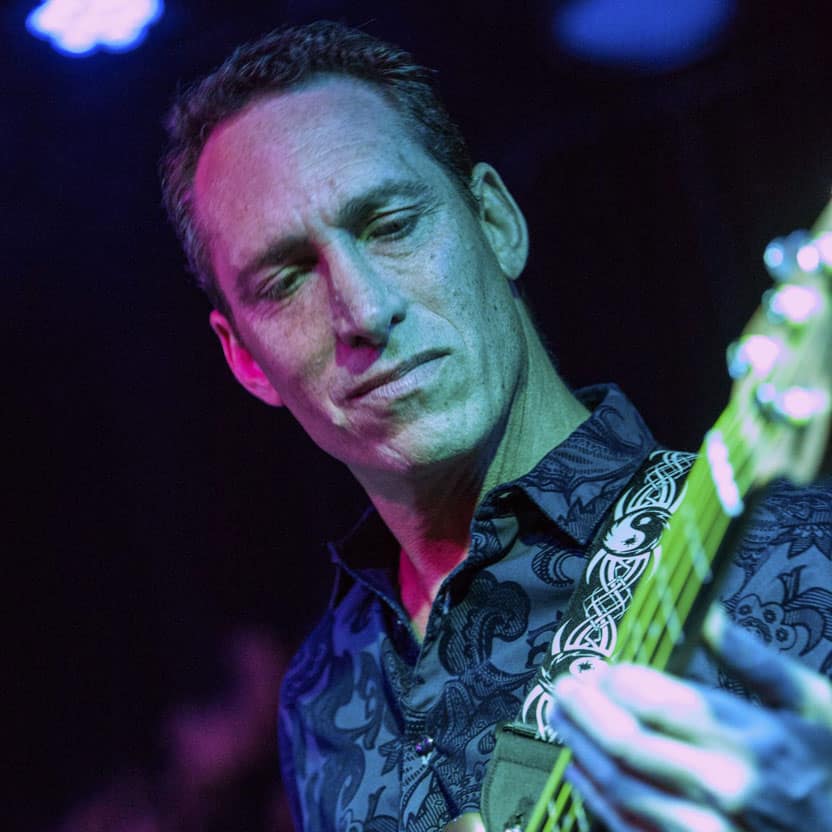 Todd Lazar (Bass Guitar) No one lays down a groove or stays true to the pocket better than THIS guy. Whether it’s a thick funk, slammin’ rock n’ roll or an extemporaneous jazz piece Todd Lazar exemplifies the best of the best. Another guy whose stage presence is undeniable, it would come as no surprise that all of the members of STOAG say you just can’t take your eyes off him or keep from movin’ when he’s playing. The force along with Gary Donnelly behind 70’sFM Radio Rock, Todd is also the heart & soul of the rhythm section for The Soul Commitments. His amazing ability to stretch himself allows him to be a part of all of our shows!

When he was 10 yrs old he saw Stanley Clarke on TV and his love for the bass guitar has never waned. He went to the Chicago Musical College, a division of the Performing Arts school at Roosevelt University and completed his degree in Jazz Performance. While classically trained, his love of all genres allows him to tour all over the world with international artists like Gracie Curran and the High Falutin’ Band, Wild & Free Annika Chambers and Barcelona, Spain’s powerhouse guitarist Alex Zayas. Local artists include Buffalo Trout, Sticky Lupree, Tabasko Sound Kitchen and Darren Jay and the Delta Souls. Todd is an original member of the STOAG show 70’sFM RADIO ROCK and is thrilled to join The Soul Commitments & Van Morrison!